The Best-Kept Secret to Virtual Summit Engagement with Jordan Aspen 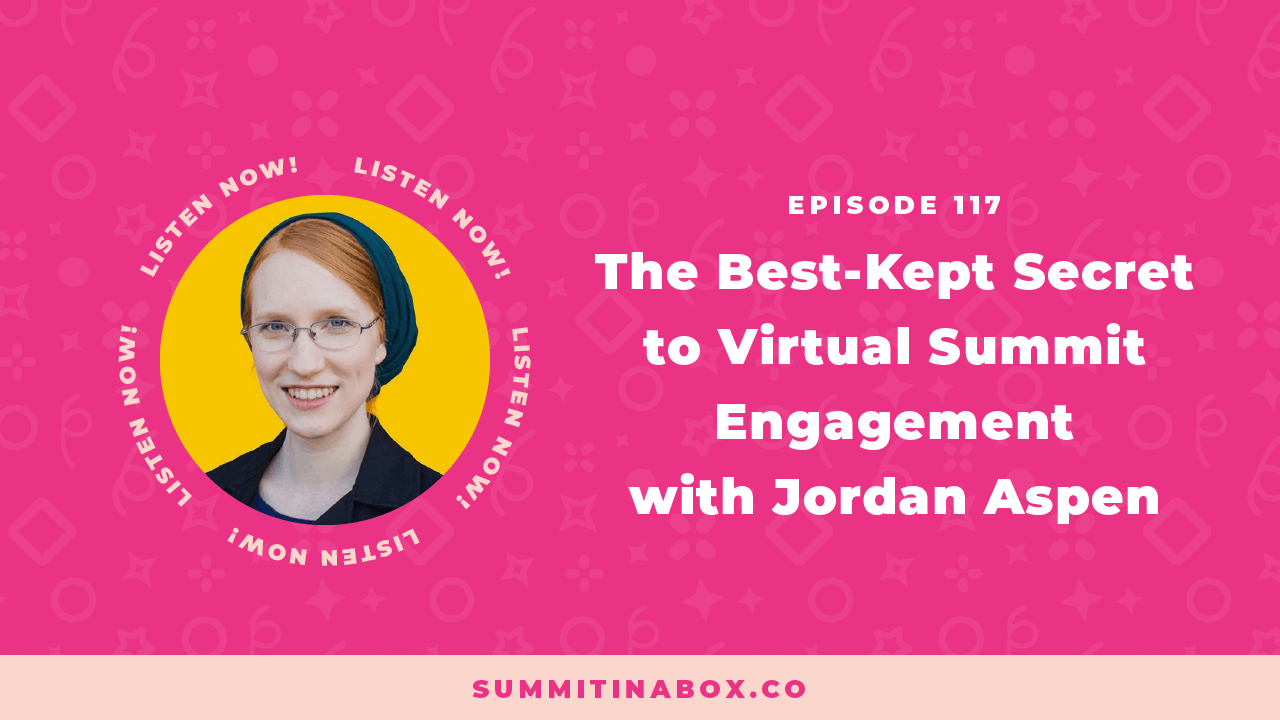 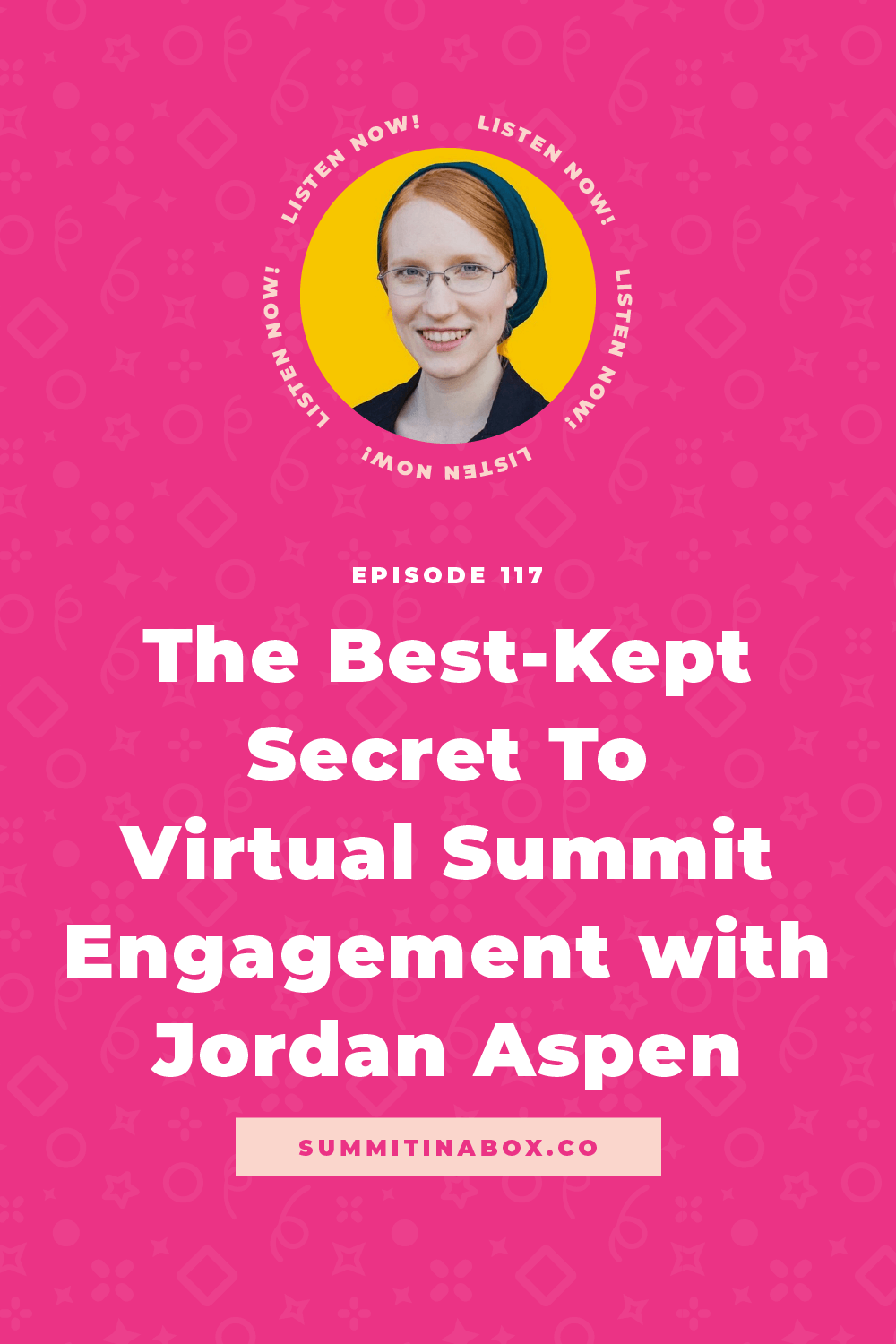 When is the last time you thought outside-the-box to go above and beyond in getting your audience to engage with you and your brand?

A summit that isn't engaging means it's less likely anyone will stay interested long enough to get a real transformation. That's why I encourage you to get creative with how you keep your summit attendees engaged.

Today, Jodan Aspen from Civilized Animal Productions is going to share what she sees as the best-kept secret in increasing your summit engagement.

And the best part? You don't have to add anything to your to-do list! Tweak the way you're already doing things to see your results skyrocket.

2020 was experimental for me and we launched a summit for parents as a passion project. We didn't serve that audience specifically at that time, but we put together a summit for parents who didn't know what they were doing for their schooling in the fall - because in 2020 no one knew what to do.

I was homeschooled and I had a bunch of contacts who encouraged homeschooling. We pulled together a bunch of people, both homeschoolers and non-homeschoolers, and talked about ways to work together with your kids, in whatever way they were schooling.

This was wonderfully successful and helped a lot of people out. Because of that success, we were excited to have a second summit before the end of the year. But of course, it was 2020, so it was all about the curveballs, both good and bad. We did more experimentation with that second summit that served more of the audience that we'd been used to serving, which is entrepreneurs. However, it didn't go quite as well.

It wasn't ultimately a failure because we had amazing engagement with the people who were there. There's so much that we're still dissecting there and going through what went on, but the biggest experiment that we tried was using this new tool VideoAsk.

VideoAsk as the Best-Kept Secret to Virtual Summit Engagement

VideoAsk (affiliate) is a tool that lets you easily interact face-to-face with your audience with short videos. It can be used to increase engagement, get leads, create quizzes, get feedback, collect testimonials, and more.

VideoAsk’s vision is that the best interface is your face. With VideoAsk, we can send out our message whenever we want, and attendees can check it and send a response whenever they want.

Overall, once we found VideoAsk, we decided not to rely on a Facebook group to build engagement for our second summit and used this tool instead. Both with our speakers and attendees.

Instead of sending normal email updates to my speakers, I sent a quick two-minute video each time. The response blew me away!

Speakers were excited to see my face and hear my excitement. They ended up flipping on their cameras and sending me video responses right back. You could see their excitement as well. I’m going to use it more for speaker engagement in the future.

VideoAsk did not completely replace a Facebook group and it didn’t replace live interaction. The key with VideoAsk is its asynchronous communication, which makes it scalable. You can log on, ask a question, and then you get a video response back.

The asynchronous communication worked well for our audience because we have an international audience of parents. One of our most engaged attendees was an hour different from us. The other one was on the other side of the world! We were able to engage with both using VideoAsk.

We experimented with using VideoAsk all throughout our summit. With these kinds of strategies, people get used to seeing your face and associating you with the summit.

Then, when you go to do a “live” interaction within your summit, they recognize you, even if they are brand new to you via an affiliate or speaker. You quickly build trust.

Let's break down some examples.

One of the ways that we used VideoAsk was on our registration page. We had a video of me on the registration page inviting them to sign up. It engaged potential attendees more than just reading a text on the screen would.

Our FAQ section was a VideoAsk. When attendees clicked the buttons to ask a question, they got a video of me answering instead of them clicking, expanding a text section, and reading the answer for themselves.

Many websites have a little bot in the bottom corner where people can chat and ask questions. Instead, we have a circle icon in the corner of our website page where you can see Paul's face and it's moving. It has an overlay that says “Questions or Comments?” If you click that bot, a video will play.

Then, we had an open-ended response. People used it to ask questions about the summit, report spelling errors, ask questions for speakers, and more.

We also used VideoAsk for collecting testimonials - on accident!

We got video testimonials accidentally by using Video Ask because people were excited to share things, and I’d get permission to clip it and share it. We could share that with sponsors, in our summit emails, and on the summit website.

I also made a couple of quizzes using VideoAsk's conditional logic feature. We create a quiz that lets people know what the best presentations are for them.

Again, it got our faces in front of people and was interactive.

Get Started with VideoAsk

VideoAsk isn’t simply a tool you need to add to your arsenal. It’s a tool that will enable you to do the things you’re already doing more effectively.

It’s an intuitive tool. The speakers were able to quickly hop on it and send responses back to our videos. You can get complicated, just like any tool, especially with their conditional logic and quizzes. But it can also be super easy.

I have known about VideoAsk for years, but I had no clue how incredible it was until I tried it.

Try the free version. The free version has most of the features that you need to get started. If you use it for a summit, you're probably going to need to upgrade for a month just because of volume.

Hopefully, you'll have a ton of engagement and need more on the volume side, but it's affordable too.

Try something new, explore it a little bit, and see how it impacts your summit. 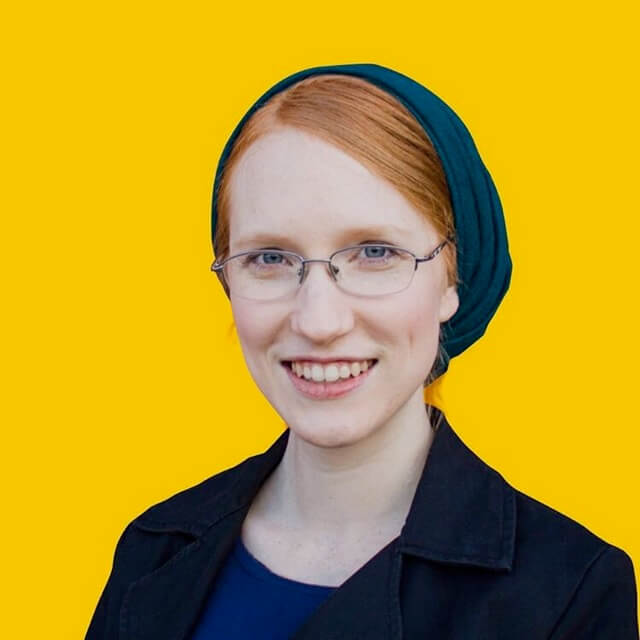 Jordan is a mother of two who has been blogging since she was 12 years old and running a business for 15+ years. She and her husband Paul run Civilized Animal Productions which provides lifestyle tools that empower parents to change the world starting at home. 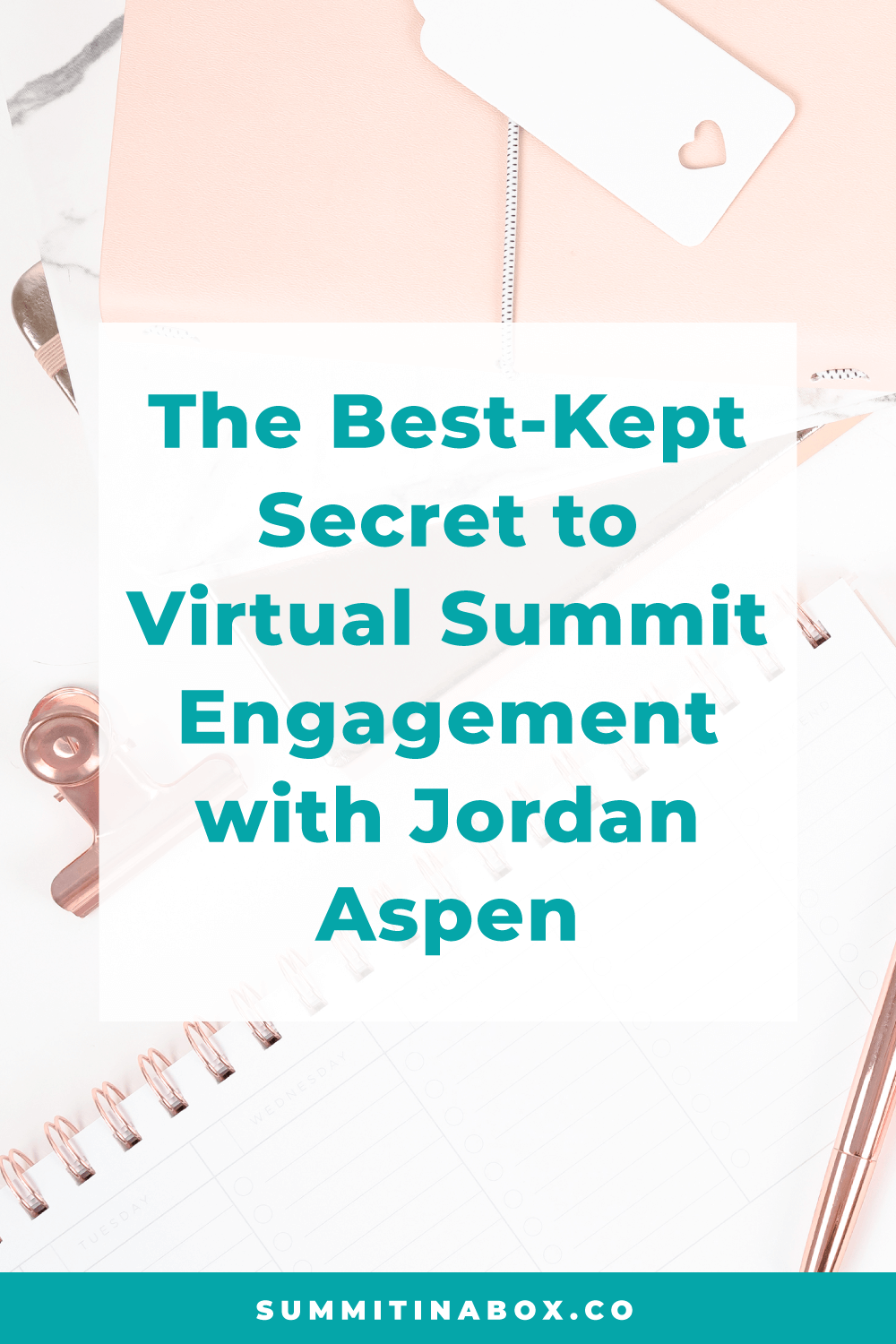