Do I Have to Pay My Virtual Summit Speakers? 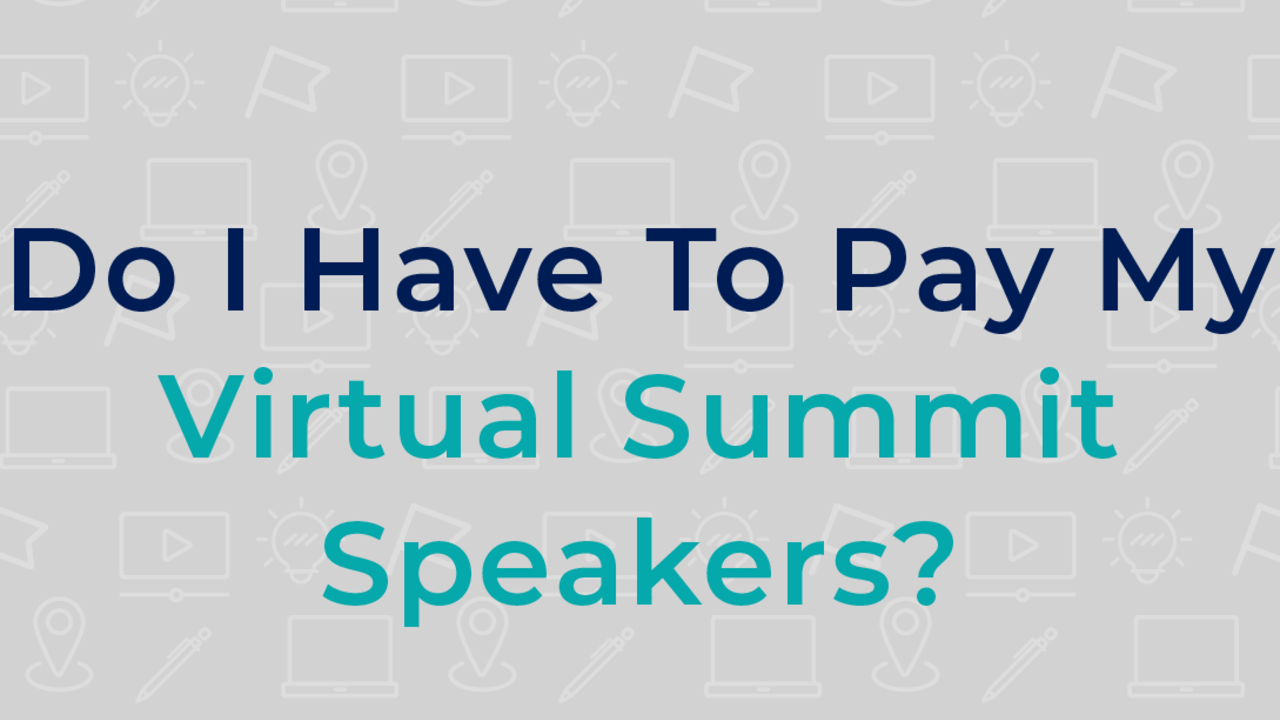 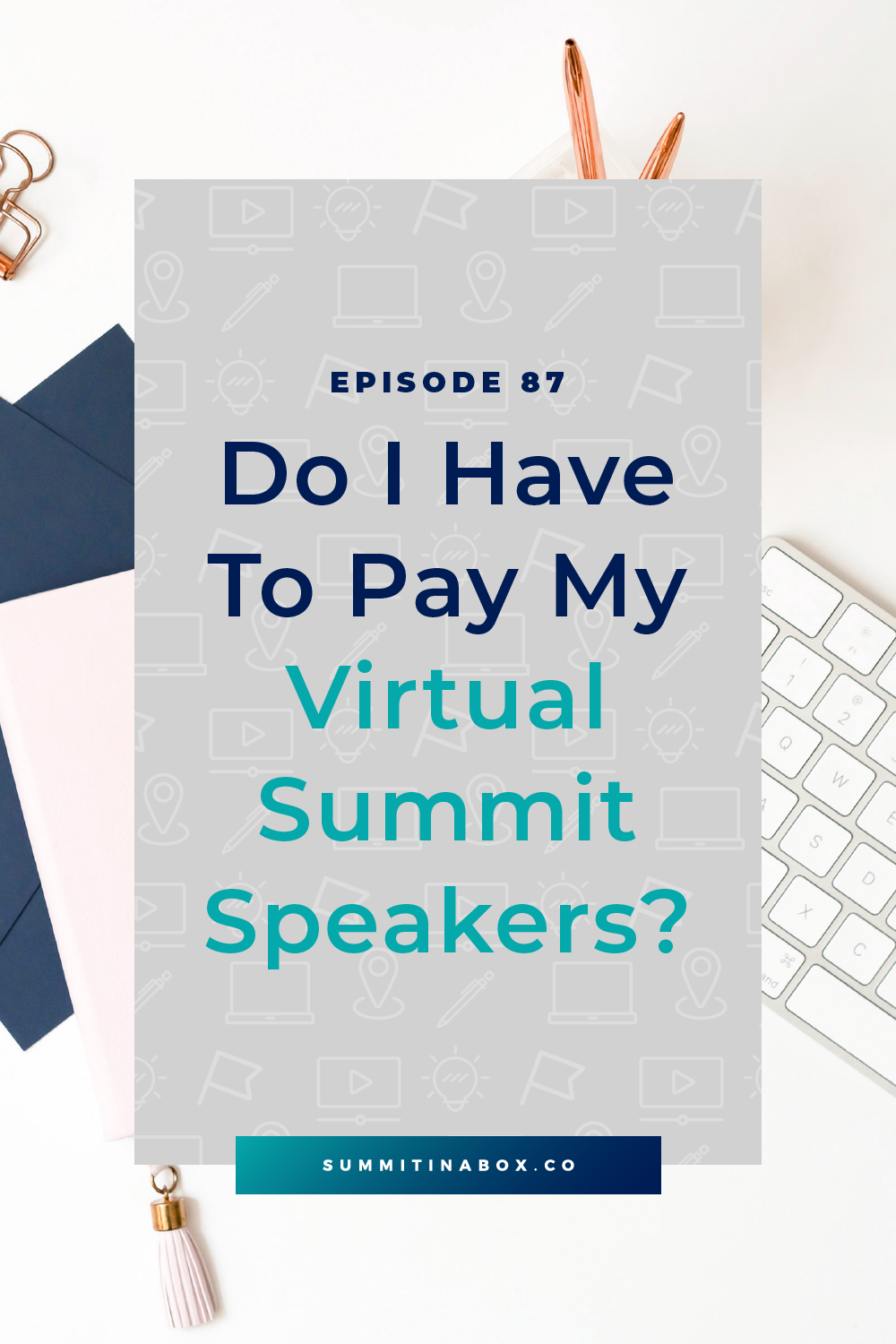 Trying to decide whether or not you need to pay your virtual summit speakers?

There are two opposing answers to this questions and I'm breaking down both sides in today's episode.

We'll cover what the two sides of this argument look like, my thoughts on when you do and don't have to pay, and what to do if you can't afford to pay speakers.

“You have to pay your speakers”

Let's start by touching on the two sides of this argument.  We're going to start with side #1, which is that you have to pay your speakers.

The opinion on this side of the argument is that you have to pay your speakers both for their time and for their expertise. I've even heard someone say that it's "oppressive" to not pay summit speakers.

The people on this side see it as taking advantage of people to expect them to speak in a summit, to grow your business, without paying them.

I get where that viewpoint is coming from, but I don't agree with it in most cases.

“You don't have to pay your speakers”

Let's go on to side #2, which is that you do not have to pay your speakers, which is clearly the side I tend to stick with.  Summits are a group effort, where everybody benefits if they want to.

If speakers are willing to do a couple of extra little things to benefit, it's an opportunity for them to get in front of an engaged and targeted audience to grow their email list, which they can then sell to, as well as make money directly through affiliate commissions.

Is not paying speakers "oppressive"?

This conversation came up when a white host had a high number of people of color speakers.  (It was one heck of an awesome lineup!)

Knowing several of the people of color included in that lineup, if they would have felt at all oppressed, they certainly wouldn't not have agreed to it. In reality, they were sharing about it like crazy and were so excited. (And in this case, I DO believe that he decided to pay everyone, since their presentations had to be done a certain way, with his branding, to go into a program that he runs.)

I did get the opinion of a trusted friend, who is a Black summit producer, since I didn't quite feel in the place to judge how the Black and POC speakers felt. Even she said white speakers don't get paid to be in all summits. Her thoughts were basically, "How is it oppressive to people of color, who are now getting more opportunities to speak than they were before?"

Definitely open to your thoughts on this in the comments!

“I can’t afford to pay my speakers.”

What about people who want to host summits, who truly can't afford to pay speakers?

If you build in plenty of opportunities for your speakers to truly benefit, you don't need to pay them.

I do have an exception, but in general, that's my opinion. As a host, it's your job to make sure your speakers benefit and make the process easy for them.

If you're not going to put in the effort to make it easy for them and to make sure they benefit, then heck yes, you better be paying them.

Building opportunities for speakers to benefit

So what are some ways to make sure your speakers can benefit?

Benefits I've seen from speaking for free at summits

By being a summit speaker, I've seen thousands of dollars and hundreds of subscribers come into my business, directly from ONE summit.  That is worth so much more to me than even a $500 speaker fee being paid upfront.

I would much rather be able to grow my list, have that list of people, and have them buy my program right off the bat, which has happened several times.

The exception to the rule

Maybe you're bringing in an expert, like a topic expert, who doesn't want to build an email list, or they don't have anything to sell.

That is when it would be a great gesture to at least offer to pay someone for their time, and if you can, add in something extra for their expertise.

When a speaker asks to be paid

Be prepared with an answer upfront for this.  Personally, I do set aside a budget in case speakers who I really want to participate, ask to be paid.  If someone did ask to be paid, I would have a stricter agreement in place requiring that they did their part to promote and deliver their materials on time.

I probably wouldn't offer them additional affiliate commissions, although I would still let them promote a lead magnet.

If someone asks to be paid for your event, this is an individual decision.  Do what feels best for you. 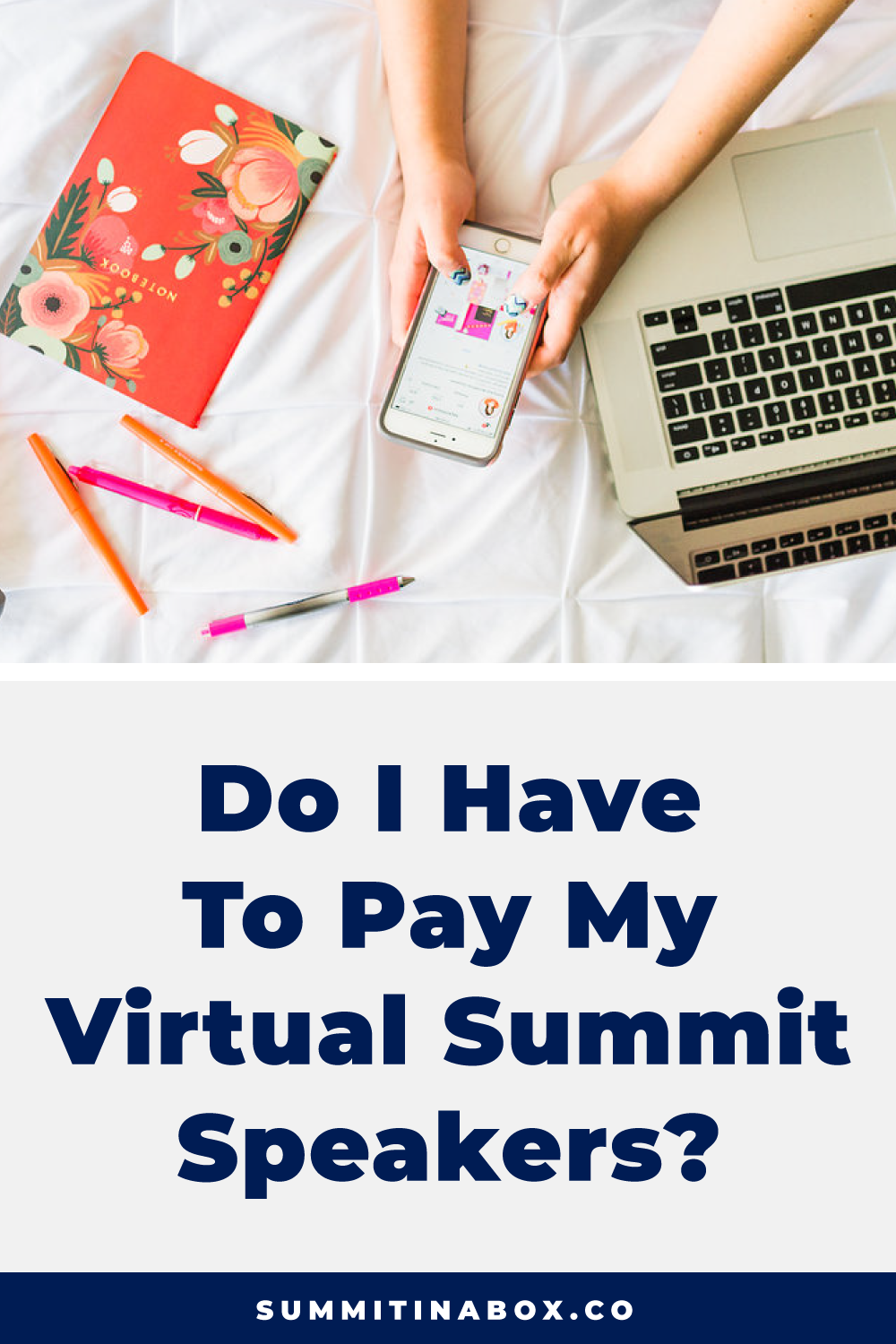