Your Speakers' Role in Promotion and Pressuring Them to Promote 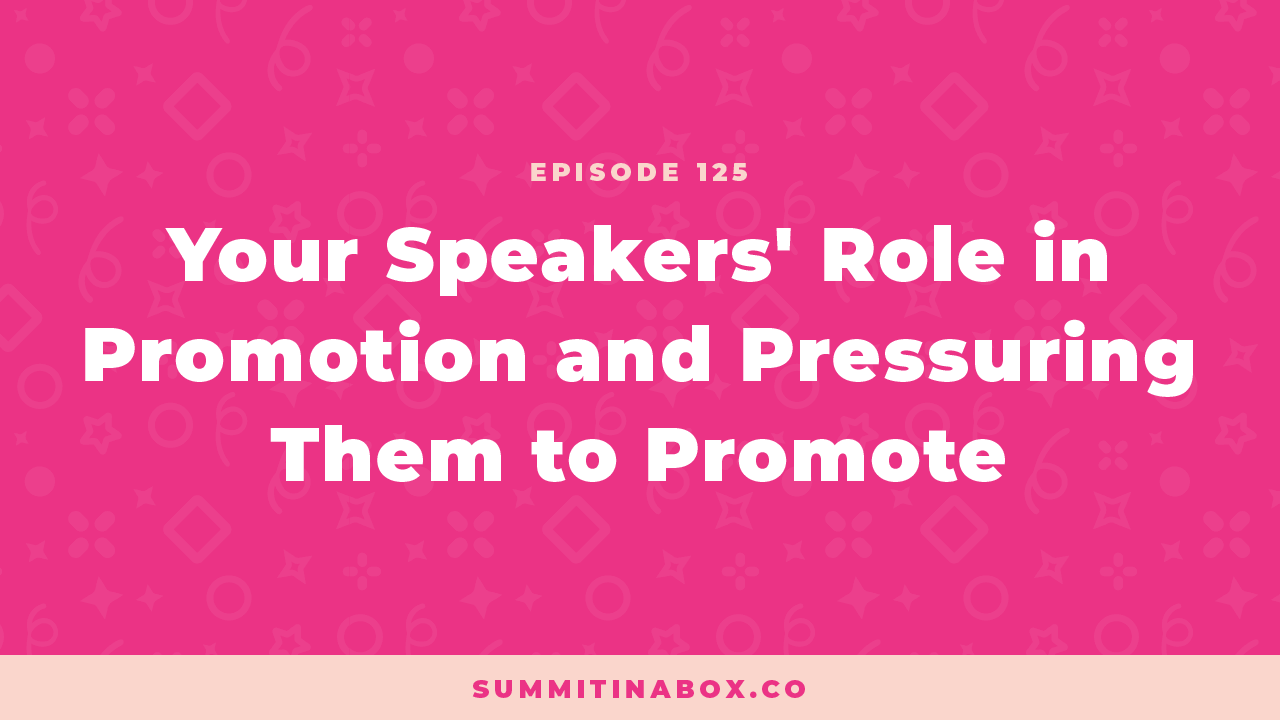 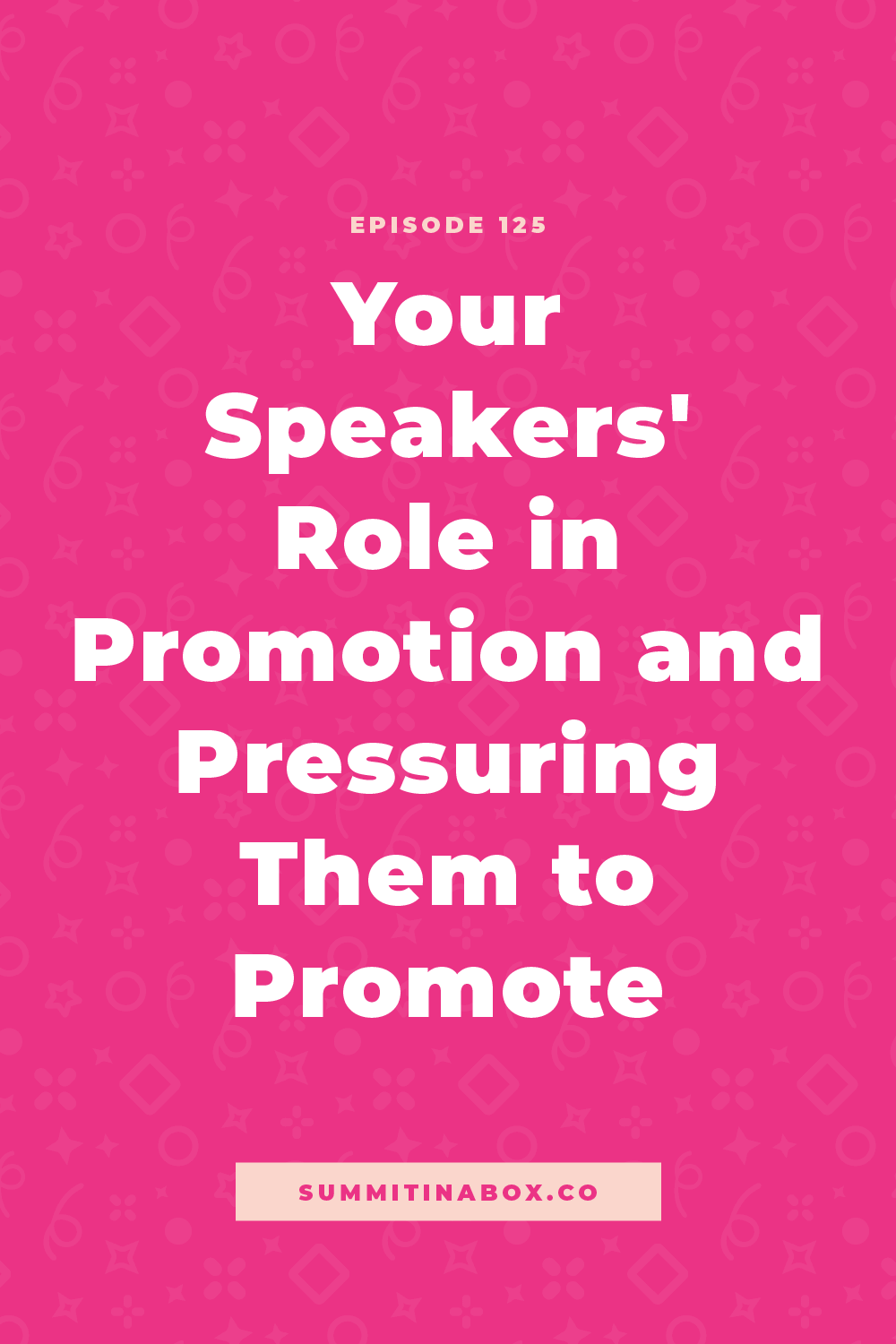 It is hard to host a profitable summit that skyrockets your email list without speaker promotion. Like, really hard. Maybe even impossible if you don't have a ton of money to throw into paid ads.

But here's the thing...it's not your speakers' responsibility to make your summit successful.

A lot of speakers will promote your event at the last minute or even as it's going on. And if they don't...so what? Is it truly worth ruining a relationship over?

Reframe the way you look at their role in the success of your event. To help, let's go over...

I know first-hand how frustrating it is when speakers don’t promote. About 5 days before my 2021 summit began, I woke up at 3am feeling anxious about the speakers who weren’t promoting. So I get it! It's disappointing and stressful.

You’re trying to hit certain numbers or goals that you’ve set for your summit. It probably also feels unfair that some speakers are going to hard to spread the word, but others aren't doing a single thing.

But, no matter what, is it fair to send emails to your speakers blaming them and pressuring them to promote?

When you have those feelings of frustration and blame, you can do one of two things:

Why it’s not okay to pressure speakers

Some summit "experts" teach that the first route is the correct one, so I get why hosts do it, but that doesn’t mean it’s right. If that’s you, give yourself some grace.

But around here, we’re all about feel-good experiences that benefit everybody, even if that means sacrificing ourselves sometimes.

Keep a few things in mind when you're feeling frustrated about your speakers not promoting:

What Can You Do Instead?

So we've acknowledged that it’s okay to feel frustrated when your speakers aren’t promoting, and you know not to play the blame game.

What can you do instead?

To give you an example, here’s what I did when I felt frustrated that speakers weren’t promoting.

I let myself sit with the more negative feelings for a bit (I am human, after all), and then started brainstorming what action I could take.

The first thing I did was email all of my speakers. There was no blaming involved and no negativity. Instead, offered encouragement and support and gave a quick update on how the summit numbers were looking so far.

From there, I sent another email to speakers who hadn't promoted yet. But again, there wasn't any blaming or negativity involved.

My goal was to show support, remind them that other people were working hard, make promotion super easy, but then remove any pressure. I'd rather keep the friendship than have them feel forced into promoting.

Even if a speaker isn't promoting, show them that you value them as a person more than you value their promotion.

Also, let this be a lesson to you as a speaker. Next time you're pitched for a summit, consider whether you’re willing to go hard for this event like you’d want your speakers to go hard for you. If the answer is no, either tell the host you can’t participate or say you’d love to but set the promotion expectation correctly from the beginning so they’re not feeling the same way you feel right now. 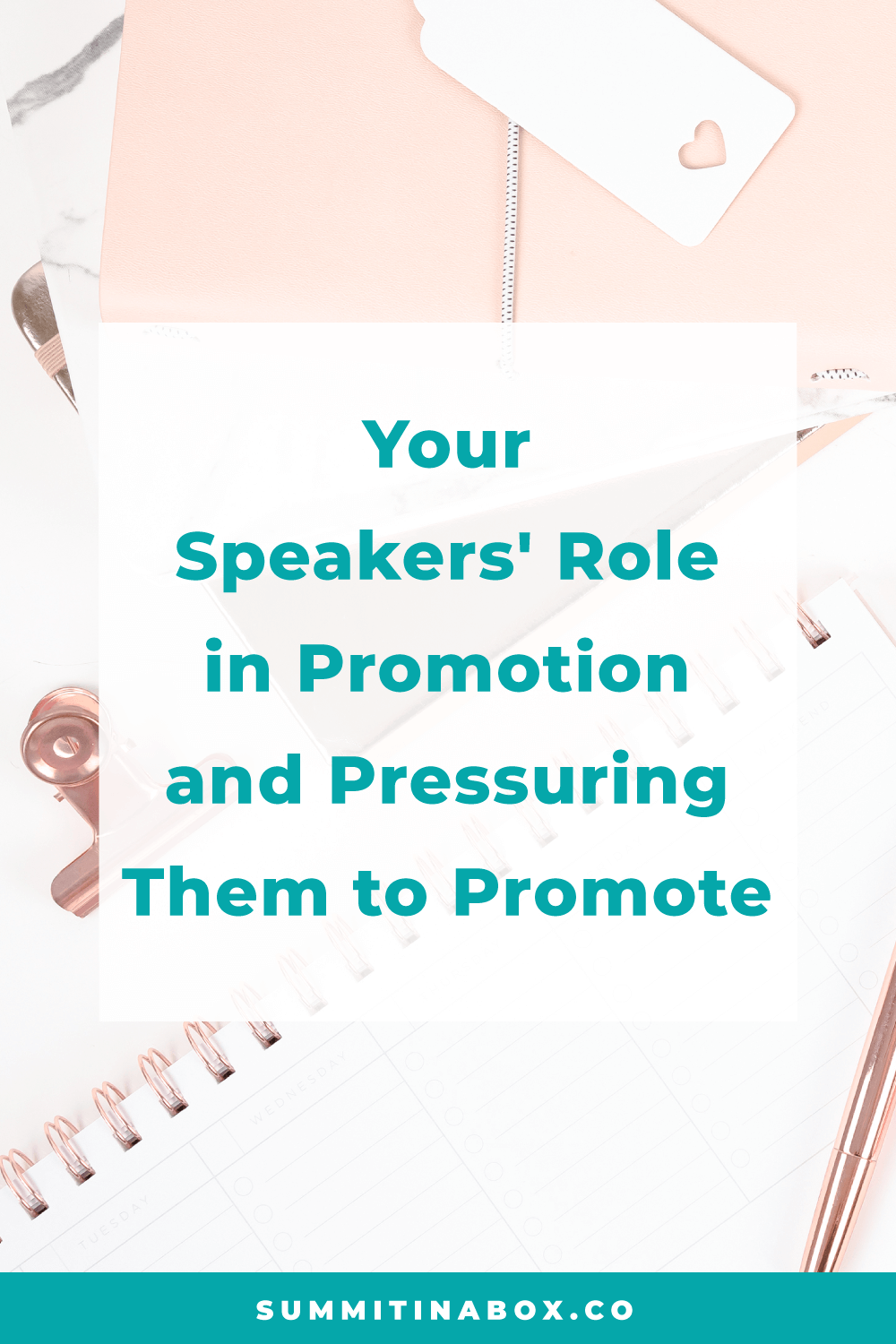